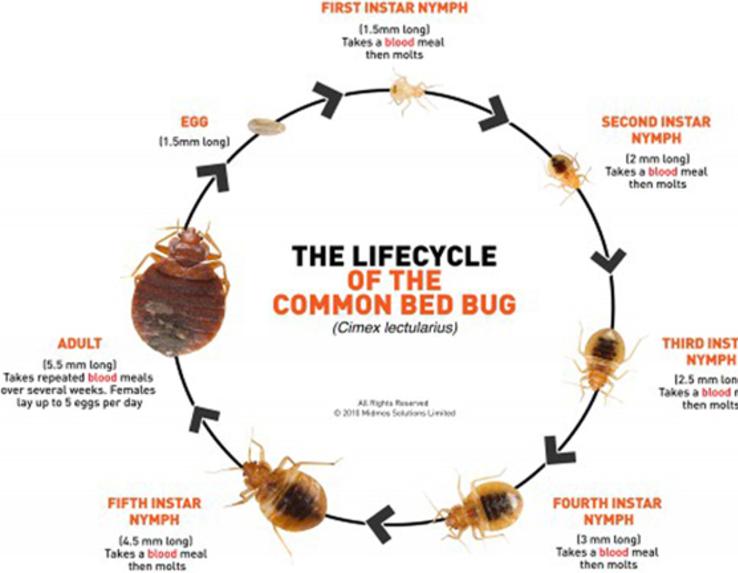 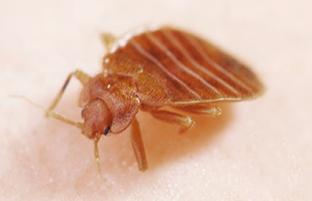 MSNBC: Bedbugs — wingless insects that feed on the blood of sleeping animals — invaded stores of Abercrombie & Fitch Co., Victoria’s Secret and Nike Inc.’s Niketown in New York City last year as well as hotels, offices and homes.
The insects can cause reactions through bites, as well as blister-like skin infections and, in rare cases, asthma and anaphylactic shock, according to a report in the Journal of the American Medical Association.

ABC NEWS: According to New York City’s Housing Preservation and Development department, bedbug complaints in the city have skyrocketed over the past five years, from just over 500 in 2004 to over 10,000 in 2009. In June, the New York state legislature passed a law requiring landlords to give potential renters a “bedbug history” of their property.

A bedbug needs only 3 things in order to live, water, food and shelter. If there are places within your home that offer them what they need, they will live and do quite well there!

A male and female bedbug mate through a process called traumatic insemination, where the abdomen of the female is punctured during copulation and fertilized.  The female then can lay eggs throughout her life solely as a result of one mating occurrence so having a mate available isn’t always necessary or a sign that the life cycle will stop.

Once mated, a female will lay 2-7 eggs a week (@500 a yr!) and attach them to surfaces with a cement-like adhesive.  This is done so that the eggs do not become disrupted and will remain safe until they hatch about 1 week later.  The eggs are only about 1mm in length and are virtually clear making detection very difficult.  As with any insect, when temperatures are optimal – the life cycle moves along quite quickly.  For a bedbug the ideal temperature is about 80 degrees.

When the egg hatches the first life stage that emerges is called a 1stinstar “nymph”.  The nymph will progress through a series of 5 instars growing slightly and darkening in color as they transition from one stage to the next.  A bedbug nymph will immediately seek out a blood host after hatching and will feed.  The feeding takes only minutes and then will need to be digested.  This feeding process allows the bedbug the nutrition it needs and expands their body enough to shed their exoskeleton periodically and advance to the next growth stage.  Progression through all 5 nymphal life stages takes approximately 1 mth before reaching the adult stage.  They are about 5-7mm in length when fully grown and a reddish-brown in color.

Even without a host, bedbugs can live for several months. They can remain dormant until a host and resources become available again.  Because of this behavior, controlling them can be very difficult as finding and destroying the populations, rather than simply removing resources is the only way to be sure to control their numbers.